Tablet PCs, also known as slate PCs, are mobile computers featuring a touchscreen or multi-touch technology. Whether you're looking for entertainment on the go or a powerful mobile office, there's a growing selection of Android and other tablet PCs available. Whilst most operate on conventional Wi-Fi networks some tablets also feature 4G or 3G connectivity for mobile web browsing.

Android, originally a Linux-based operating system and since developed by Google, is favoured by many tablet manufacturers following its success with smartphones. Android's open source platform has enabled developers to produce hundreds of thousands of apps and has proven to be a major competitor to Apple's iOS. Many of these mobile devices use Android 3.1 Honeycomb whilst the newer Android 4.0 Ice Cream Sandwich platform is becoming ever more popular. There's also a range of multitouch slates featuring Microsoft Windows 8 and a number of hybrid tablets featuring Android and Windows 7 dual operating systems. We also have a range of tablet convertibles which combine the portability of a tablet device with the convenience of a laptop. 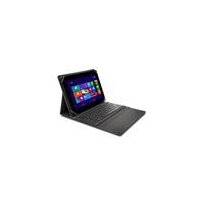